Today on the blog, I have the pleasure of hosting the lovely N.K. Traver, who was generous enough to do the same for me during Pitch Wars. But, as you know, today isn't about writing samples - it's about those little things we love, but make us think "maybe it would be better if the whole world didn't know I was obsessed with....nah....never mind....this is awesome. Everyone should be shown the light."

I have loved him since Titanic. I think he's a brilliant actor and I will never let go, Jack.

3. King of the Nerds

I'm not a reality TV fan, but I LOVE. THIS. SHOW. Nerd drama + sciency experiments + quotes like "I just hope it involves the Pillars of Lava and light sabers like we discussed"? How can anyone resist?

The Sims. Resident Evil. Tomb Raider. Every LEGO Xbox game ever made. I could go on, so I won't. I love puzzles and great stories, and video games often bind those two together. I'm also scared of dying, so I play on the easiest difficulty level possible and I don't care who knows about it.

I can't explain my obsession. But I have stache earrings, a stache ring, a stache blanket, a stache shirt, stache socks and stache duct tape. I will collect stache things until there's nothing left to collect, or until my husband stages an intervention. 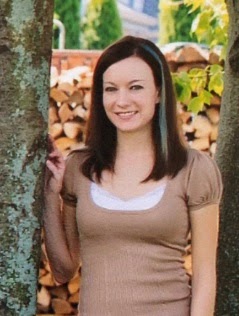 As a freshman at the University of Colorado, N.K. Traver decided to pursue Information Technology because her classmates said "no one could make a living" with an English degree. It wasn’t too many years later Traver realized it didn’t matter what the job paid—nothing would ever be as fulfilling as writing. Programmer by day, writer by night, it was only a matter of time before the two overlapped. Her debut, DUPLICITY, a YA cyberthriller pitched as BREAKING BAD meets THE MATRIX for teens, is coming from Macmillan Entertainment in winter 2015.


Want to really amp up your anticipation of DUPLICITY? Or maybe get some tips on where to buy the best staches? (Which, let's face it, is all I've been thinking about since I first read this list.) Follow Ms. Traver on her blog, Goodreads, or Twitter.
Posted by Unknown at 4:19 PM No comments:

Got some more Not-So-Guilty Pleasures for you! As I'm sure you've figured out by now, I'm a pretty big fan of the fantasy genre - and young adult fantasy holds a particularly special place in my heart. Brings back memories of trekking out to the elementary school roller skating party only to find a dim corner in which to read. Ahhhh, bliss.

So, I'm super excited to welcome Sandra Waugh here today, and it pretty much goes without saying that I can't wait to read Lark Rising when it comes out next September. Having to wait six months is a little rough, but luckily we have the opportunity to get to know Ms. Waugh a little better, which should tide us over for awhile. Or maybe just give us a yen for gummi bears....


I can find countless pleasures in a day and can feel guilty about pretty much anything, so I thought it might be best to frame (or, rather, limit) some not-so-guilty pleasures by drawing one from each of the five senses.

Sight—Blockbuster movies.  I WAIT for May, for November when the ‘big’ films come out.  Sci fi, fantasy, monsters of metal or bone… I eat this stuff up.  (Actually, I grab popcorn—the tub size). And I drag my children to the theater with me, so I don’t look totally insane.

Taste—Gummi Bears.  Have to be the original Haribo!  I swoon.

Touch—Luxury hotels.  This requires a little explanation (and a big splurge):  I love traveling, but I am not a camper.  I truly admire anyone who is.  On the other hand, while I cringe at sleeping out of doors, I LOVE mucking about on vacation.  Slog me through any jungle, rat-infested alley, spider-ed tomb, cave and/or mudpit during the day AS LONG as I arrive at hot water and clean sheets by nightfall.  The nicer the bath and softer the sheets, the better, and the more fun it is to rough it in daylight.  My husband has learned this about me and has risen to the challenge.  I adore him.

Sound—Birds. The guilt is not so for much the glorious singing that goes on in our backyard, but that I lose track of time (and all responsibilities) standing listening, trying to sort them out, trying to memorize and revel.  It’s a symphony. It breathes SPRING.


Smell—it would be nicer to wax rhapsodic about lilacs and lavender, but for a not-so-guilty admission, I have to choose the scent of boxwood—that thick evergreen hedge that can be shaved into all sorts of chess pieces and mazes like here. It’s lovely and whimsical that boxwoods are so green and dense and happy to hold whatever shape you give it, but the best thing of all is the smell.  Some liken it to cat pee, some are allergic… but I am in love with the scent of boxwood. It stops me cold in mid-stride through a garden—I have to stand and inhale… and then feel my heart hurt, because for me a boxwood holds the scent of yore—of Tudor England, of King Arthur, of long gowns and longer paths through forgotten herbs and wildflowers. It is the scent of mystery and romance and yearning, and all the things that ever inspired me to write… and dream.

Hello, all!
I am elbows deep in the drafting process and my mischievous little mind grapes have decided to start throwing me ideas for other stories. So, basically I'm constantly walking around with three notebooks - one for the story I'm actually drafting and the other two to catch the random ideas that pop up for the other two that my brain is suddenly so enthusiastic about. Damn overachieving gray matter.
Yesterday morning it actually had the audacity to throw something else in the mix, but I shut that nonsense right down. Three notebooks is ridiculous enough. If I carry around four, I'm honor bound to do it in a backpack with hearts drawn in White Out on the straps - you know,  eighth grade style. Okay, maybe high school sophomore.
Fine, I still have it in my closet. But that doesn't mean I want to take it from place to place with me every day.
So, streamlining. Three notebooks and no more!
Hence, I've been working on narrowing my focus back on to the story I'm actively drafting. I decided to play a game and started writing up bucket lists for all the main characters. Most of these goals will probably never make it in to the story, but it's definitely helpful in getting to know these people better. Which in turn makes it easier to write about them.
Thought I'd share what I have so far for character número uno. She's a sixteen-year-old who is just trying to clean up an epic mess she never meant to cause and see her family again.
Get her family back
Have at least ten minutes entirely alone
Not have any more secrets
Actually stop caring about people calling her crazy (instead of just saying she doesn't)
See the Northern Lights
Get her license
Drive cross country
Learn to swim
Visit the Cliffs of Moher
Meet a mermaid
Smash a pie in someone's face (maybe a specific someone)
Learn to cut her own bangs without looking like a freak show
Become a Private Investigator
There are no doubt other things she wants to do, but this is all she's shared thus far. What do you think?
Posted by Unknown at 1:37 AM No comments: